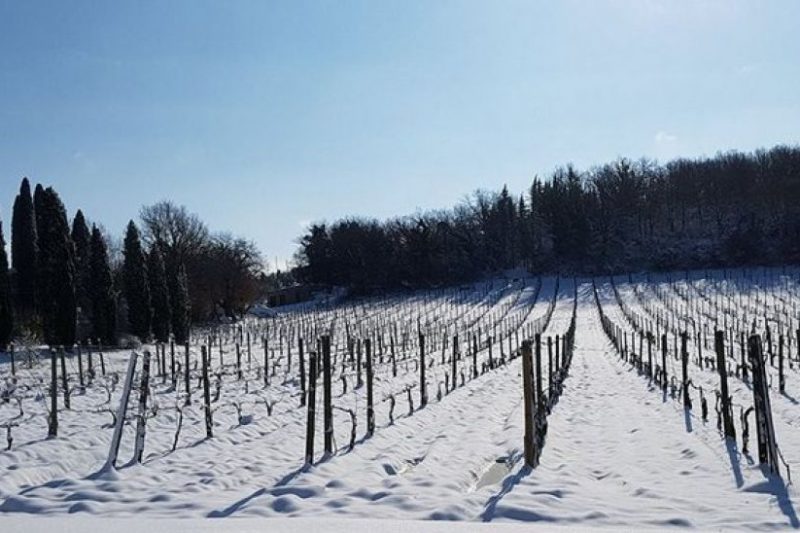 Frost and its damages on the vines

Frost and its damages on the vines. Frost represent a real disaster for the vines because it can destroy all of futures harvests. Winegrowers constantly monitor vines temperatures thanks to probes and when these are triggered at 0°C; they must find solutions to warm up the atmosphere so that the buds do not freeze.

What are the periods and consequences of frosts? 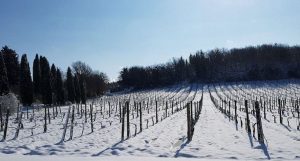 In autumn, before the leaves fall, early frosts may have many consequences on the young vines whose vegetative cycle is often longer. Plant organs are generally affected when the temperature exceeds -2,5°C. In winter, when the temperatures are lower than -15°C, buds and stump can be severely affected and thus, cause dead of the stump. Finally, in the spring, damages are more frequent. The buds can support until -3°C but beyond that, there are in danger of freezing; the sap, rich in water will freeze and “burn” as the winegrowers say, embryonic tissues of the flower or leaves. It is this that causes the death of several parts of the flower. However, frosts never lead to the dead of the vine, even though they can completely destroy the harvest. Frost consequences can therefore be disastrous and cause the dead of vines or prevent the harvest.

What are methods to fight against the frost? 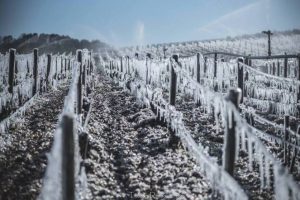 For many years and with the experiences, winegrowers have developed numerous techniques in order to limit the frosts damages on the vine and the harvests. The global idea is to block air temperature from dropping to much in order to stop the cooling of vines. One of the most common practices in to place in the vineyards large candles and braziers into cans. These two tools combined will allow to heat the ambient air around the vines. It is also possible to install heaters between the rows of vines but this require a large workforce.

Vine spraying is another method that uses the principle of the energy given off by water when it changes from a liquid to a solid state. It is necessary to maintain a quantity of water in the process of freezing so that the temperature of the plant does not fall below zero. This is not feasible method in all vineyards because it requires substantial facilities.

Some winegrowers even use helicopters to stir the air and warm it above the vineyard to prevent frost. Although, this has been found to be effective, this operation is quite risky and remains very expensive; It is therefore mainly used in the large vineyards. Finally, it is also possible to use propane burners or wind turbines to heat the air. Although winegrowers have no choice, the majority of this methods are not environmentally friendly and emit carbon dioxide. 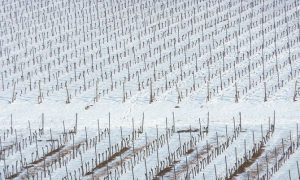 It’s so close to the vineyards of the Côtes de Blaye, a small company in Charente Maritime has unexpectedly discovered a 100% natural solution that would protect the vines from frost. Bernard Lachaise, agricultural engineer and manager of Gétade Environnement, to already put on sale on the French market about twenty organic phytosanitary products, including the MO2. This product is initially used to treat two vine diseases, mildew and powdery mildew. It is composed of vegetable aspirin to fluidize the sap. It’s antifreeze properties were discovered by a winemaker from Vaucluse during the spring of 2016 after frost hit: the grapes continued grow normally while the leaves had burned.

The same report was realized by a second winegrower from the South-East of France. Bernard Lachaise has a trigger: to couple this treatment with vegetal aspirin, has the same effect on the sap than aspirin on the blood. It thins is out, which prevents from freezing. The use of this product therefore seems simple. It is enough to spray the vine at night or early in the morning when the winemaker thinks that it will freeze. The benefits of acetylsalicylic acid, better known as aspirin, have long been known. A study published in 2014 proved its benefits to plants in drought, low temperatures and soil salinity.