The 10 most beautiful vineyards in the world

Do you want to discover new vineyards and new horizons? Here are the 10 most beautiful vineyards in the world with their breathtaking landscapes and quality wines. You’re bound to get your favourite! 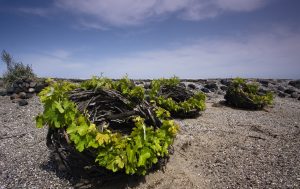 The vines planted in cocoon shape

The Thira vineyard on the island of Santorini, located on a Greek volcanic island in the heart of the Mediterranean Sea, is one of the most beautiful vineyards in the world. Indeed, its particularity is that its vines are planted in the shape of a “cocoon”. To protect them from the strong winds of the region, the winegrowers have therefore planted them in small craters and rolled them up. 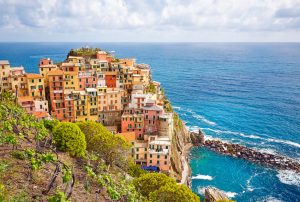 Classified as a UNESCO World Heritage Site, the Cinque Terre vineyard stretches over 5 villages along the coast. It is located on the side of a cliff with a view overlooking the Mediterranean Sea and its turquoise water. The fields of century-old vines are bounded by dry stone walls. 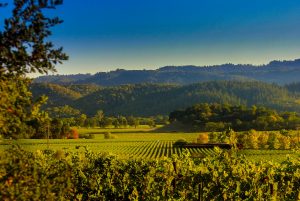 Napa Valley in the United States

Second tourist region in California, the Napa Valley has ultra-developed wine tourism structures, much more than in France! Located on the same latitude as Spain, the valley extends over a little more than 50 km and produces wines benefiting from an almost Mediterranean climate.

Considered as the most beautiful vineyard in New Zealand, the Marlborough region in the North East of South Island benefits from an almost perfect exposure. The Sauvignon grape is planted there in majority and develops its aromas in this warm soil and this region full of charm.

Famous for its Port, the Douro Valley is one of the oldest vineyards in Europe. Dating back to the 17th century, the vineyards extend over 40,000 hectares along the slopes of the Douro River. Discover the valley, which is classified as a UNESCO World Heritage Site, in different ways: by car, by train, by cruise ship or even by helicopter! 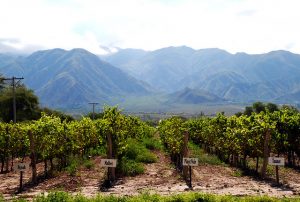 Fancy a change of scene? The Cafayate vineyard at the foot of the Andes Cordillera is located at an altitude of over 1,600 metres. Discover the region’s vineyards, but also its olive trees, snowy peaks and cacti, which have graced the vineyards for more than three centuries now. 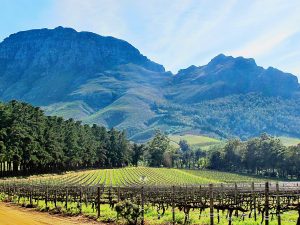 The Stellenbosch vineyard is located in the south-west of South Africa, near Cape Town. With more than 16,000 hectares of vines, the vineyard represents 16% of the country’s wine production and is a major tourist attraction with buildings dating from the 17th and 18th centuries in Cape Dutch style (Dutch colonial style).

This vineyard is located in the Okanagan Valley in Southwestern Canada. With a climate similar to Burgundy, the conditions are ideal for producing sparkling wines based on Chardonnay and Pinot Noir. And the view is splendid: panoramic views of the lake and the mountains of the Okanagan Falls region. 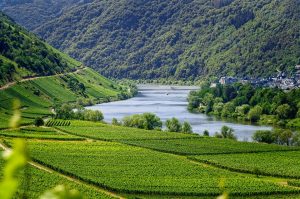 The vineyard is called Moselle because its vines are planted on steep slopes overlooking the river. The wine-growing region is the fifth largest in Germany in terms of surface area and production (8.5% and 7.2% respectively), and is often considered the first in terms of prestige and international recognition. With almost 6,000 hectares, it is the third largest Riesling vineyard in the world! 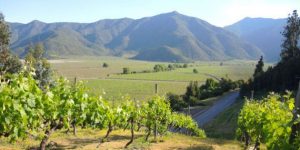 The Aconcagua Valley is located north of the capital Santiago, between the Andes Mountains and the Pacific Ocean. Its name comes from the river that runs through this valley and the peak of the mountain which rises to 6,959m. The vineyard located between the mountains and the ocean brings together the optimal conditions for viticulture: a hot and dry climate, with minimal risk of frost.

Last but not least: Bodegas Ysios

Located in the Rioja Alavesa in Spain, Bodegas Ysios is recognizable by its very special architecture. Its aluminum and cedar roof takes the shape of a wave to recall the mountainous landscape just behind the estate. Its name pays homage to the Egyptian deities Isis and Osiris, closely linked to the world of wine.

Hopefully this article will have made you travel and discover new vineyards to visit with new wines to taste!

Book your visit on Winetourbooking.com