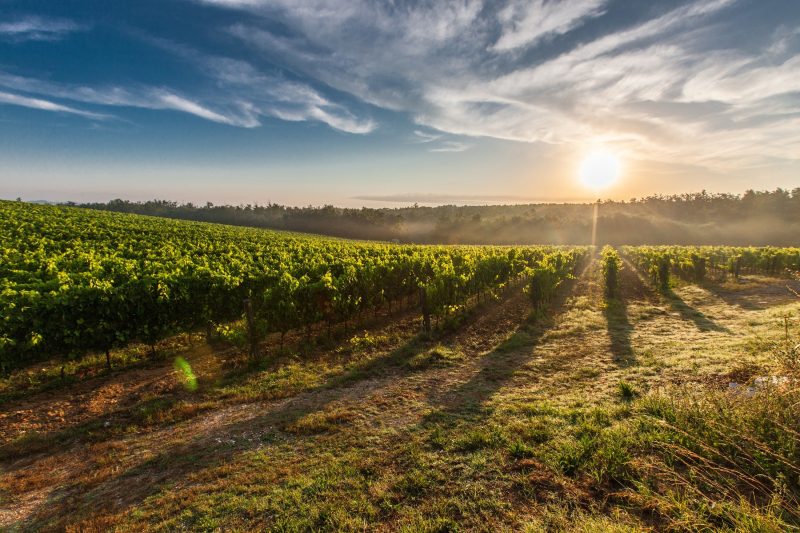 The mulled wine, winter’s flagship drink. Mulled wine is the drink of the winter season. At the beginning of the year, many people are looking forward to the ski vacations. During this cool period, it’s also the return of winter specialities such as mulled wine which is part of the winter must-haves. 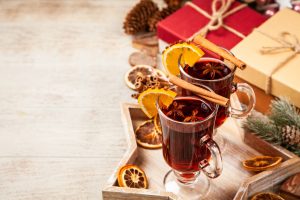 What is he history of the mulled wine?

Mulled wine is a drink of the winter realized with spices and wine.  Most countries and French regions use red wine, but there are also recipes based on white wine, as in Alsace. Sweetened with soft products like the honey it is the best consumed in winter.

The association of wine and spices date back to roman times. Romans added honey, pepper, bay leaves, nuts and dates. This drink was consumed during the official dinners to facilitate digestion. The extension of the Roman Empire has helped popularized spiced wines all over Europe.

During the medieval period, some variants have appeared, sweeter and with several spices such as cloves and cinnamon. Germany is one of the countries that consume the most mulled wine during the celebrations, it is also known as “Glühwein”. Sweden is also a big consumer and it is called the “Glögg”. The degustation of mulled wine during the charismas period is a tradition that has become very popular since the 1890s. Each wine merchant offered his own version, which he sold in bottles with more or less playful labels. 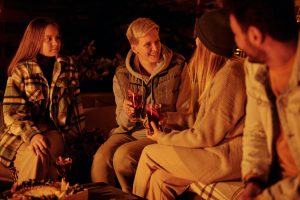 An ideal drink to warm up on the slopes?

Drink this type of beverage on the slopes, after a good day of skiing or another type of sliding sport is a pleasure adopted by a growing public each winter in France. Mulled wine is very popular in Nordic countries, where the need to warm up is essential in winter. Spiced mulled wine is better served in small glass or stoneware cups with a slice of fruitcake, strong cheeses like mimolette or aged cheddar. Although, as is the case when driving, alcohol reduces alertness and reflexes when you are on the skis. It is therefore better to savour mulled wine at the foot on the slopes and as underlined by the expression “After the effort, the comfort!”. 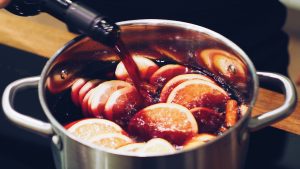 The recipe for mulled wine.

Some mulled wines are therefore sweeter, fruiter, others more bitter, spicier or even more alcoholic. There is something for everyone but here is a basic recipe, simple, from which you can decline the mulled wine according to your desires.

Mix in a saucepan and bring the beverage to a boil, very gently. Then, let it simmer during 5 minutes. Finally, filter mulled wine in the strainer before to serve it very hot and its finish.

Come and visit the wineries in winter and enjoy tasting experiences, even on warm wines, to discover all the secrets of wine making, made possible by wine tourism!