What are the favourite wines of Russian people?

For many years, France has been recognized for its know-how and the quality of its products. Even though the Russian people are not always to be okay with the rest of the world, they also, in the 90s saw France as the bests in the world in terms of wine. The Russian population was looking for luxurious French wines and champagnes. However, while our world has known the globalization, commercials and financials exchanges increased, the industrial development has taken place and new rivals have taken place on the global marketplace.

Why Russian people do they like so much the French champagne? 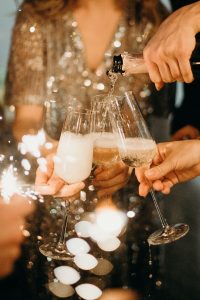 Russia is a country of celebration where a bottle of champagne is synonymous with party. Thus, the favourites wines of Russians are mostly sparkling wines. The champagne is especially appreciated by Russians and it is essential during the parties. In reality, the place of the champagne in the world is tiny, it represents only 1% of the sparkling wine market in volume, and 10% in value.  In the eyes of Russians, champagnes constitute a luxurious product than only a minority of population can afford to buy. But everything rare is expensive, the price of champagne in Russia are 3 times higher than in Europe. In Russia, you will not find a bottle of champagne under 60E.

In fact, only the privileged people can afford such wine. Russians attach great importance to the name and the notoriety of the wine estate; it plays a major role in the choice of the wine. The more prestigious the estate is, the more expensive the wine will be and better will be the opinion of Russians. Since the Soviet period, champagne has become part of the Russian tradition.  While women appreciate this latter, it represents in the eyes of Russians men a simple flavour exhauster, many associates champagne with lemonade. Given the fact than Russia has a cold climate, men prefer more masculine and stronger drinks like vodka, cognac, whiskies or brandy.

Furthermore, the champagne is no longer the most prestigious drink in Russia. Strong drinks like whiskies, cognacs, or even great red wines steal its place. If someday, the great French red wines were the favourites of the Russians, it could no longer be the case today because a rival could well take their first place. 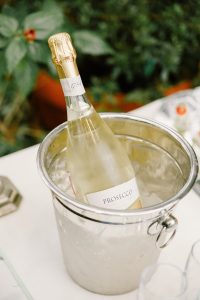 Is Italian wine better than the French wine?

In the last few years, Italian wines are successful in all over the world. This can be seen by the considerable increase in their sales figures in 2017. Today, Italia is the prime importer of wine in Russia. Russians appreciate more and more the Italian culture in terms of food and wine. If the French food and wine are appreciated by Russian population, they testify of the high price of French products. French gastronomy is not yet sufficiently developed in Eastern countries, it remains something mythical. Therefore, Italian wines are among the top preferred wines in Russia.

Italy has the luck to benefit from a great richness of soils like a climate beneficial to the viticulture. Italian winemakers combine quality and diversity. Italian wines use both French grape varieties such as Cabernet, Merlot or Chardonnay but also their own traditional grape varieties such as Lombardy, Veneto, Tuscany or Calabria. Thus, we will not go so far as to say that Italian wines are better than French ones, but they show a better quality-price ratio. 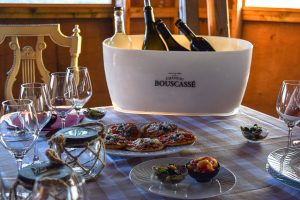 What about today of French wines reputation?

We will understand it, the champagne has become part of Russian tradition, it alone describes the French excellence. But Italian wine have a very advantageous quality-price ratio. Although the champagne followed by a shot of vodka was the tradition, the young population begin to prefer wine to vodka. Although, Italy is experiencing a great success in terms on wine, the French wine always remains the preference of Russians. Italian wine is more sold in terms of bottle quantity but the French wine remains more expensive. Among the favourite wines of Russian people, we find most often Chablis, Sancerre and Bordeaux. Russians appreciate red wines from the South of France and from the Languedoc-Roussillon region.