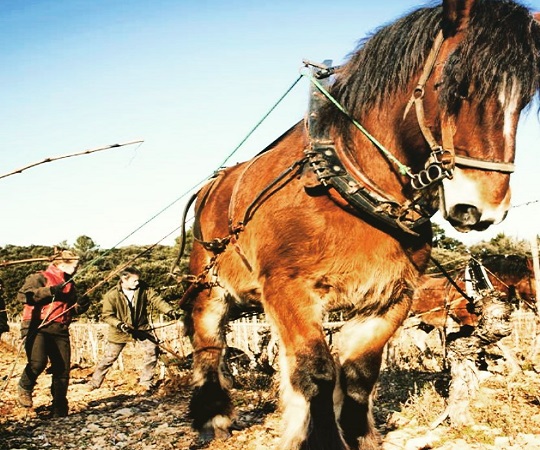 What is actually a biological wine?

A biological wine is a wine which was grown organically and which requests the winemakers not to use any chemical products. It must consist to 95% out of grapes that were grown biologically in order to be regarded as a biological wine.
In France, the biological cultivation is more and more increasing. The Agence Bio, the French association for the development and support of biological cultivation, counted 5,263 wineries operating about 70,740 ha, which represents approximately 9% of the French vineyards. And the number is steadily increasing.

But what is it actually, a biological, biodynamic or natural wine, or even a wine that originates from sustainable cultivation?

What is a sustainable cultivation?

This is the easiest kind of cultivation to build up in order to grow wine environmentally friendly. The goal is to reduce the impact that the wine growing activity has on the environment. The idea is extremely simple, so simple that one could ask why not everyone is using the sustainable cultivation. In fact, it is already enough if one tries to only use the minimum quantity of chemical products and to treat the grapes only if it is really necessary. Creating transparency concerning the treatment of grapes would also be enough. Since 2002, the seal Terra Vitis has officially stood for this type of cultivation.

What is it actually, a biological wine?

Before 2012, the biological wine was a wine that was cultivated in a biological agriculture and that was made out of grapes certified as being grown biologically. In order to have the

right to call your grapes “biological”, you had to adhere to a catalogue full of regulations that ban any usage of pesticides, herbicides, artificial fertilizer, and genetically modified organisms, in other words: all chemical substances. Only if one strictly adhered to these regulations, the grapes were certified as being “biological”.

In February, 2012, the European Union decided to tighten these regulations concerning the biological agriculture and to add some new ones for the “biological wine”. The grapes still have to apply to the already existing regulations, but now winemakers have to adhere to another, more precise, catalogue full of regulations. According to those new regulations, there has to be a maximum number of sulphites now, in order to produce wine in a “cleaner” manner; a third less than in traditional agriculture. Furthermore, they only allow additives that are certified as being biological, such as yeasts and sugar and they ban malic acids. The most important organization to receive the seal “AB” (Agriculture Biologique, the French biolabel) is called Ecocert.

The Rolls-Royce among the biological wines: the biodynamic wine!

In order to operate a biodynamic cultivation, you either have to own the certificate “biological” already, or it must be in process. There are some similarities between a biological and a biodynamic wine, but the biodynamic one goes much further. This type of cultivation influences the entire life at the vineyards. In fact, the biodynamic cultivation expresses a balance between the nature, vines, and the immediate and distant environment. This system is based on the type of thinking of anthroposophy created by Rudolf Steiner (Austrian philosopher and agronomist). In other words, the idea of this system is to rehabilitate and intensify the life at the vineyard, in order to respect the environment better than before and to achieve a complete unfolding of territory. One takes into account the lunar cycles and the arrangement of planets, which will influence the growing of the plants. This improvement of soil and vines takes place completely naturally, thanks to the pulverized plant, animal and mineral extracts in a homeopathic dose. Also here, the maximum number of sulphites is lower than in the biological cultivation.
Biodynamics is still suffering from its marginal image and its defenders are often described as being crazy. However, tasters are increasingly recognizing the quality of biodynamic wines at wine tastings.

Is a natural wine necessarily sulphur-free?

In fact, there is no wine that is completely sulphur-free, as sulphur dioxide (SO2) is even produced during the fermentation process, when sugar is turned into alcohol with the aid of yeasts. So, a natural wine is a wine that receives no extra sulphur. Natural wines do contain either a tiny number of sulphites or no sulphites at all. It is not allowed to exceed the maximum dose of 40mg/l for white wines and 30mg/l for red wines. Other wines are not allowed to contain any sulphites at all. Having a closer look at natural wines, there are no official regulations. The French association L’Association des Vins Naturels (AVN) is already trying to agree on an official definition. The association tries to promote a completely biological or biodynamic cultivation by adding further regulations, such as the ban on yeasts, which are a firm part of the wine production, or by a binding waiver of any sulphites or other additives.
However, it is nevertheless important to understand which benefits sulphur has in the wine production. It has antiseptic and antioxidant properties. Sulphur allows to stabilise the wine’s fermentation, as soon as it was once filled in bottles. That is why a low-sulphur wine must have perfect winemaking conditions, as well as perfect storage and conservation.

Which wineries operate a biological cultivation?

Do not hesitate to visit one of the wineries that agreed to operate a biological cultivation, such as the Château Cadet-Bon, the Domaine Saint-André de Figuière, among many others. If you want to see how a winery with a biodynamic cultivation works, then do not hesitate any longer and visit the Château des Vaults Domaine du Closel.