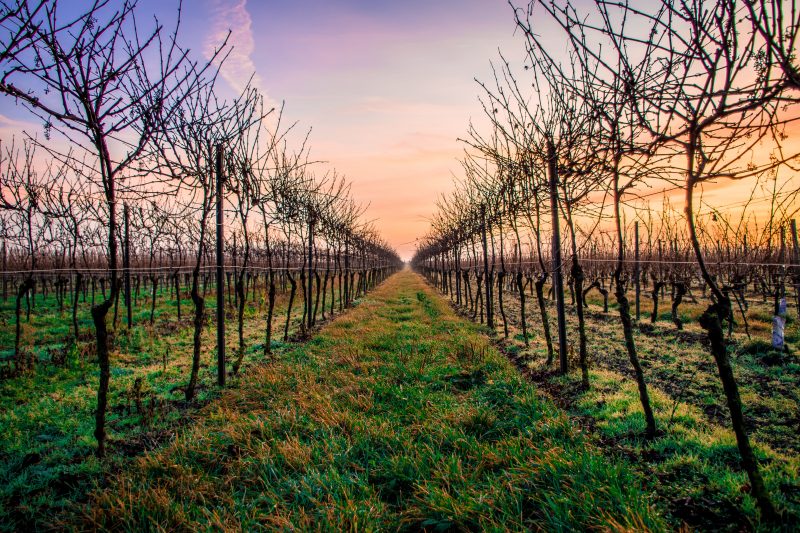 What is going on in the vineyards during winter time?

After harvesting, the vineyard is entering the dormancy period from November to March, which means that it is starting to hibernate for winter time. And during this time, wines are ageing in the barrel room.

What works on the vineyard after harvesting? 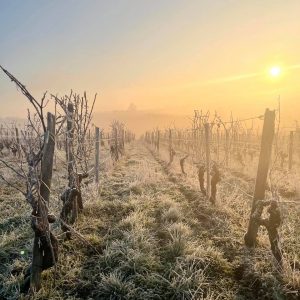 Although the vineyard is entering its winter sleep, it cannot be forgotten and have to be pampered. During November, the pre-pruning and ridging are starting. Once the autumn leaves are down due to the first autumn coolness, winemakers are doing the pre-pruning in order to clear up the vine stock by removing the useless vine shoot and by ridging the vine plant.

The ridging consists in taking the soil from the inter-row back to the vine stock. This technic protects the vine plant by fighting against the wintry cold and it is also a way to facilitate the storm water run-off, which presence is recurrent during this period of the year.
During December, the pruning works are starting again and are essentials as they contribute to the satisfying recovery for spring.

What works on the wine cellar during winter time? 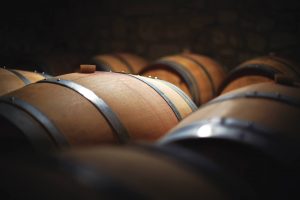 After the alcoholic and malolactic fermentation, clarification is taking place. This process consists in removing all the solid elements in the wine such as the dead yeast. Then, occurs the ageing, necessary step for the tertiary aroma’s development. The wines are ageing in barrels for more or less 15 months. During this period, different actions are imperative to avoid all defects in the final product.

Topping up is one of them, and enable to protect the wine facing oxygen. Indeed, during the ageing, a small percentage of the wine disappears: this is what we call “the angel part”. This method consists in filling the barrel up regularly with quality wine.
Another operation essential during ageing: the rackling. Indeed, some residues from the fermentations are born during this period in barrel. Thereby, the winemaker’s goal is to separate the wine from its dregs and thus to remove all sediments becoming unwanted and creating aromatic flaws afterwards. This step can be repeated several times during ageing.

Book your visit on winetourbooking.com