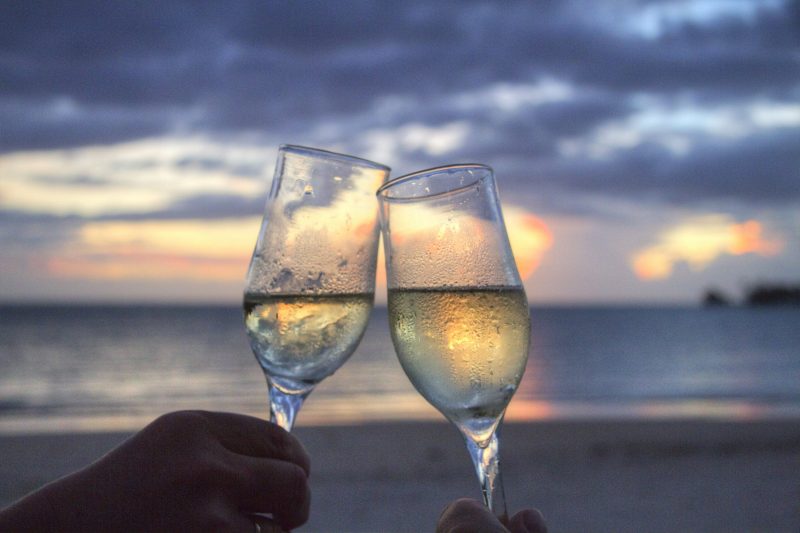 Which sparkling wine in France?

Who says bubble, says Champagne! Well, not all the time…
Who never brings a sparkling wine, when you’re a guest at some friends’ house and says it is Champagne, while it is a Crémant from Alsace? But what is the reel difference between these two sparkling wines? And what else can we find other than Champagne and Crémant?

What is the difference between Champagne and Crémant? 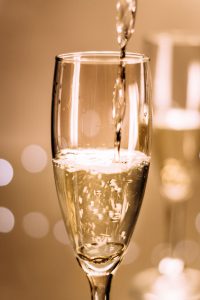 Firstly, it is necessary to understand that Champagne is a land so it is only produced in this region. It is a terroir, a soil, a savoir-faire, which means Champagne is an appellation.

Crémant is also an appellation, but unlike Champagne, this sparkling wine is represented by 8 different geographic areas, 8 different terroirs, thus 8 appellations.

One of the main differences is the grape variety. Indeed, for Champagne, Chardonnay, Pinot Meunier and Pinot Noir are used for the most part, representing 30%, 32% and 38% of the vineyard respectively. There are more grape varieties used in the Crémant. As there are 8 different lands, producers favour the grape variety of his territory, and thus every appellation add a touch of its terroir in its Crémant.

What are the different production methods to make a sparkling wine?

Concerning the production method, there is no secret to make a wine sparkle. Between Crémant and Champagne, it is basically the same. The only difference is the name. For the Campagne, it is called “the Champenoise method”, which consists of creating the effervescence during the second fermentation in bottles adding yeast and sugar. And the Crémant are elaborating following the “traditional method”, which consists of doing exactly the same thing.

What are the price differences between a Champagne and a Crémant? 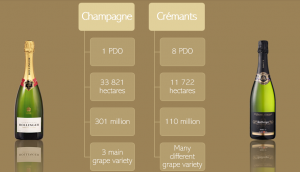 We often hear people says that Crémant is the “Champagne of the poor’s”. Indeed, lots of us still have this nasty habit of thinking that price means quality; whereas you can totally find a bottle of Crémant for less than 10 euros. However, Champagne will still be unbeatable on this field due to its reputation, its prestige, its history and its terroir (the soil in Champagne being one of the most expensive in France). 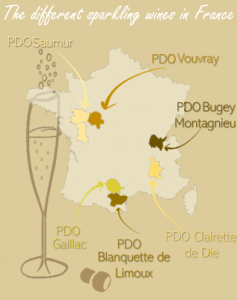 Are you willing to discover new sparkling wines?

If you are a sparkling wine lover and you like going off to discover new wines, new appellation, new variety, then you are going to find what you need in France. Champagne and Crémant are not the only appellation to offer bubbles. Vouvray, Saumur or Blanquette de Limoux; stop hesitating and go try these wines too. 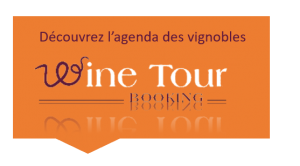